Welcome to the November edition of this newsletter.

True to form, the Practical Workshop was blessed with clear skies. Despite the low attendance, we all set up equipment and made the most of the dark sky until the moon made an appearance later in the evening. Derek Myatt even managed to observe Uranus for the first time using his portable setup.

Despite the horrendous weather during the day, Stargazing in Audley was a success. the skies cleared just as we arrived to set up and lots of people turned up to get a view of the night sky through the variety of telescopes set up outside.

Inside, the video presentation kept the adults occupied while the children engaged in the craft table.

Overall, a good turnout considering the weather and lots of people asking when the next one is…..

Also coming up at the end of the month is our headline talk from Pete Williamson entitled “Myth to Moon”, this will be held at Keele University, details on the website

This month’s observing night will be on 23rd November weather permitting.

The next practical workshop is scheduled for Wednesday 20th November. This and any other events are listed on the NSAS Events page.

May I remind everyone that the society solar scope is available throughout the winter too! It is on a monthly basis and there is just a £25 returnable deposit required. Contact me at the email below or see me at the meeting. More details here.

If anyone has any ideas for new features on the website or on any improvements you’d like to see to existing ones then please drop me an email or text.

Also keep an eye on our Facebook page as any breaking news will more than likely appear there first as I can update that from my phone.

The sky maps can be downloaded from here

The next regular meeting is on December 3rd,  which is Gary Palmer – Equipment Guide for Beginners

If anyone has anything they want to include on the website/newsletter/etc then please email me secretary@northstaffsas.co.uk

CONSTELLATION OF THE MONTH

IN THE NIGHT SKY

Until November 23rd at around 15h, the Sun having passed through the constellation of Libra, enters Scorpius for just over a week, and enters the neighbouring constellation of Ophiuchus on the 30th at 10h.

Full Moon is on the 12th at 13h35 on the Aries/Taurus border. It is a very high Full Moon as it crosses the meridian, around midnight.

Last Quarter is at 21h12 on the 19th, in the constellation of Leo, three degrees above Regulus.

The New Moon in November occurs on the 26th at 15h06 and is in the constellation of Scorpius, passing 2° north (above) the Sun.

You may be able to glimpse Earthshine on the night hemisphere of the waning crescent Moon from the 20th to the 25th, and on the waxing crescent during the first couple of days and the last four days of November.

Mercury is at inferior conjunction with the Sun on November 11th at 15h. A transit of Mercury takes place, beginning at 12h36 and ending at 18h03. The transit is visible in its entirety from almost all of Antarctica, the whole of South America, the Caribbean Islands, the southeastern USA, eastern Canada and the southern tip of Greenland. Western Europe, the Middle East and Africa is the area where the Sun sets with the transit still in progress.

The rest of Canada and most of the USA and the Pacific Ocean is the area where the transit is in progress at sunrise until its end.

Unfortunately, most of Asia, the East Indies and Australia miss out on the transit because the Sun is below the horizon for the duration.

For your local area, add your time zone to the UT given for the start and finish of the transit if you are east of Greenwich; and if you are west of Greenwich, deduct your time zone from the times given. Refer to the diagram on the front page of these Sky Notes. Under no circumstances should you observe the Sun through any optical instrument. In order to see Mercury’s tiny disc, you will need to project the image of the Sun onto a sheet of paper, as per the instructions concerning solar observations on the front page.

After this, Mercury returns into the morning sky and reaches its greatest elongation west of the Sun (20°) on the 28th, when it may be seen some 10° above the SE horizon at around 07h at the end of the month. The fainter star-like object some 9° to the upper right of Mercury is the planet Mars.

During November, Venus slowly emerges from the vicinity of the Sun, when on the first of November it sets an hour after the Sun, increasing to two hours at the end of the month. Venus becomes the resplendent ‘Hesperus’ the ‘Evening Star’ of the ancients.

On the 24th Venus and Jupiter are in conjunction, with a separation of just over 1 degree (three moon-widths) in western Sagittarius. Venus is the brighter of the two and lies south of Jupiter; they will look spectacular in the field of view of a small telescope or binoculars at around 16h in the evening twilight. On the evening of the 28th, (16h) the thin waxing crescent Moon joins the planetary company in the twilight and lies between the two planets. All three are parallel with the SW horizon, with Jupiter 2.5° to the west of the Moon and Venus just less than 2° east of the Moon. The view will be enhanced by the presence of earthshine on the night side of the waxing crescent.

Mars, in Virgo, is a morning object shining at visual magnitude +1.7, not quite as bright as Spica (alpha Virginis), which lies 12° to the upper right of Mars. The colour contrast between the two is noticeable – Spica shining with a bluish white light and Mars being decidedly reddish. Throughout the month, Mars rises a couple of hours before the sun. (two hours at the start and three at the end). On the morning of the 24th the thin waning crescent Moon is in conjunction with Mars – the two lying 4° apart, with Mars below the Moon.

At the start of November Jupiter sets two hours after the Sun, reducing to one hour by the end of the month. It is therefore an early evening object visible low in the SW in the evening twilight. This is the last chance to observe the Galilean satellites before the Jovian system becomes engulfed by the glare of the Sun as the year comes to its end. Refer to the entry for Venus for phenomena involving Jupiter.

During November, Saturn sets about three hours after the Sun. It lies at a low altitude in Sagittarius, lying some 20° to the east of Jupiter and Venus, low in the SW sky at around 19h. The waxing crescent Moon may be seen approaching Saturn on the 1st, when at 18h the Moon is 7° to the lower right. The next night (2nd) the wider crescent may be seen 5° to the left of the ringed planet. Saturn currently shines at magnitude +1.2.

Uranus, is visible most of the night near the intersection of the borders between Aries/Cetus/Pisces.It is currently in Aries, some 10° south of Hamal(alpha Arietis). For an accurate position of Uranus go to the Remote Planets page accessible from the Menu above. Although the planet’s magnitude is +5.7, and is theoretically visible to the unaided eye, it is far better to locate it using binoculars or a small telescope. Through a telescope the planet presents a tiny greenish-blue disc 3.7 seconds of arc in diameter.

Neptune lies in the constellation of Aquarius with a visual magnitude of 7.9 and so requires binoculars or a telscope. With adequate magnification, it is possible to see this distant world as a tiny bluish grey disc. The angular diameter of the planet is just 2.3 seconds of arc. By the end of November, Neptune sets at astronomical midnight. Again, in order to locate Neptune, you are encouraged to visit the ‘Remote Planet’ page via the Menu.

The Leonid shower peaks on the 18th at 23h, and so will be best seen in the hours before dawn on the 19th. Expect to see about 35 meteors an hour if conditions are favourable.. The next Leonid ‘storm’ is due to take place towards the end of the 2020’s. The parent body of this shower is comet Temple-Tuttle, which visits the earth about every 33 years.

Constellations visible in the south around midnight, mid-month, are as follows: Eridanus, and the Pleiades in Taurus. Perseus is at the zenith embedded in a rich star field – take a look through binoculars and see! 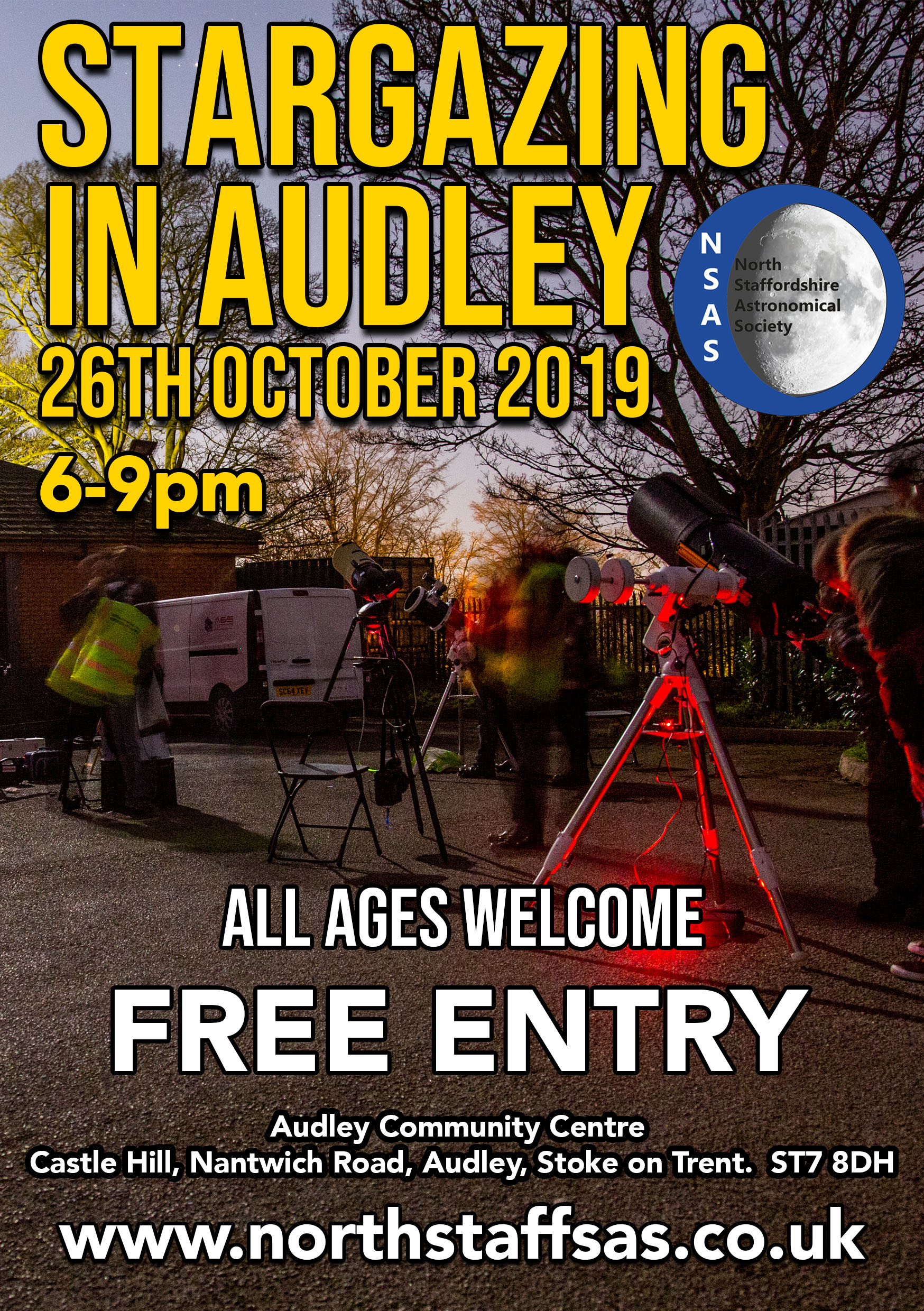 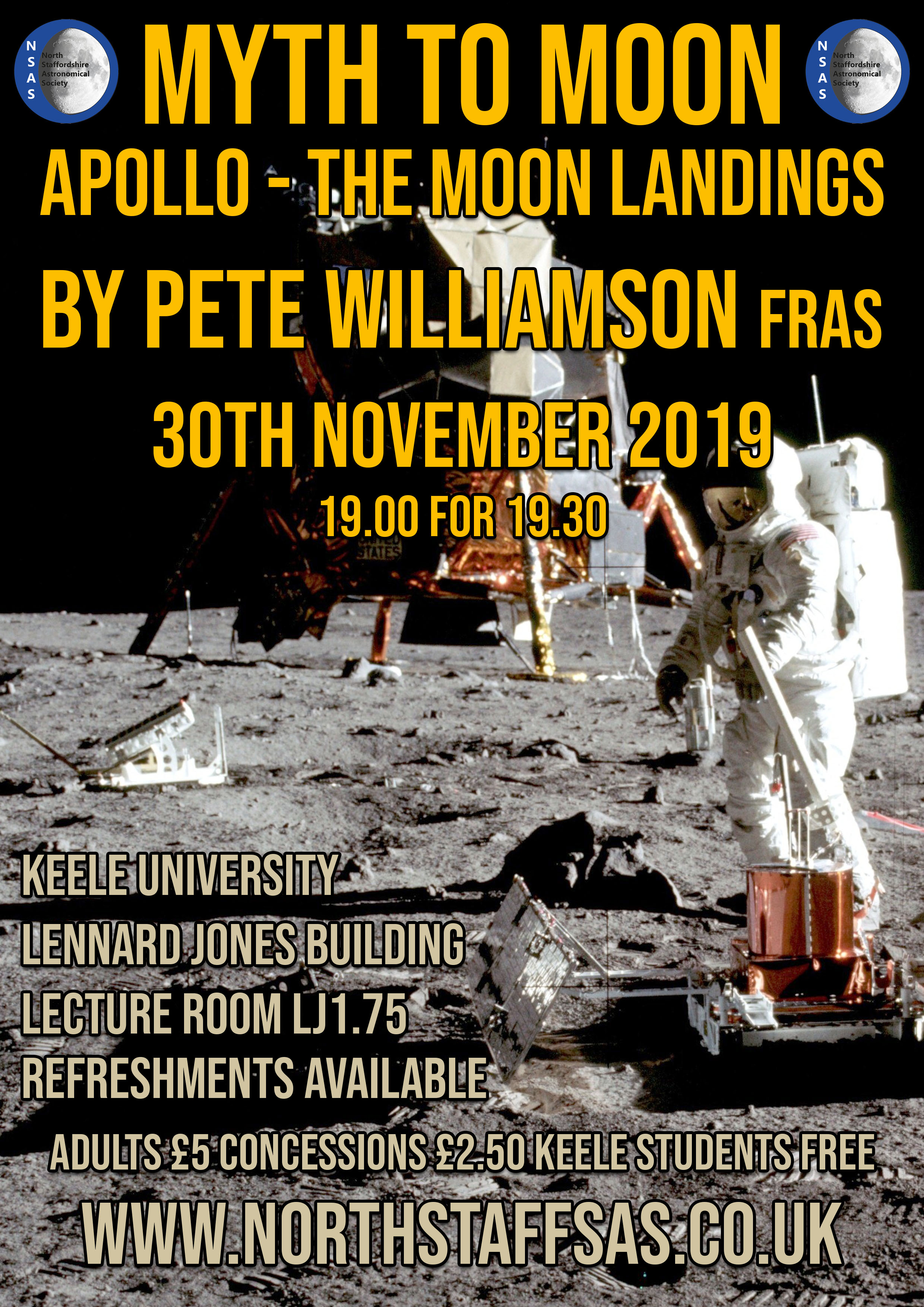